​Managing your own independent small business is a tough environment to be in. Mac & Phyllis have created a trusted name in the Silicon Valley. Honest, dependable and experienced Mac, Phyllis and Mason take pride in what they do and will be there when you call.

​Mason McCarty is Mac and Phyllis' son and has practically grown up in this business and has worked alongside his parents for 18 years and counting. Like his parents, Mason also inspects, cleans, repairs and rebuilds both brick and prefabricated chimneys as well as dryer vents. Mason also holds a Bachelor’s Degree in Spatial Arts from San Jose State University. ​ 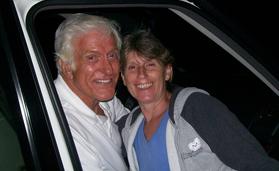 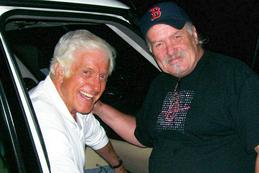 Mac & Phyllis McCarty getting the seal of approval of Mr. Chimney & Dryer Vents R Us from Mr. Dick Van Dyke, the most famous chimney sweep of all time!

​Phyllis McCarty, a California native of Irish- Sicilian ancestry, worked over 25 years in the HP Television Department as a director before going into business with Mac. While at HP she directed famous people such as Robin Williams and Bill Gates. She also has the honor of being the first licensed female Masonry Contractor in the state of California. Like Mac, Phyllis inspects, cleans, repairs and rebuilds both brick and prefabricated chimneys as well as dryer vents. 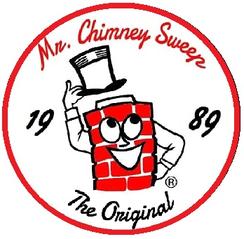 Mac McCarty was a certified Chimney Sweep and a state-licensed Masonry Contractor. He inspected, cleaned, repaired and rebuilt both brick and prefabricated chimneys. In addition he was licensed to clean, install and repair dryer vents. Mac was originally from Kentucky and came from a long line of brick masons going back to Ireland when his family came to the United States in 1742. Mac moved to California in the early 1970's. Before becoming a mason he was a full-time musician playing with other famous musicians such as Tiran Porter & Dave Shogren (Doobie Brothers), Max Haskett (Rubicon) and Stef Burns (Y&T, Alice Cooper). Mac passed away in 2012 but his memory lives on!